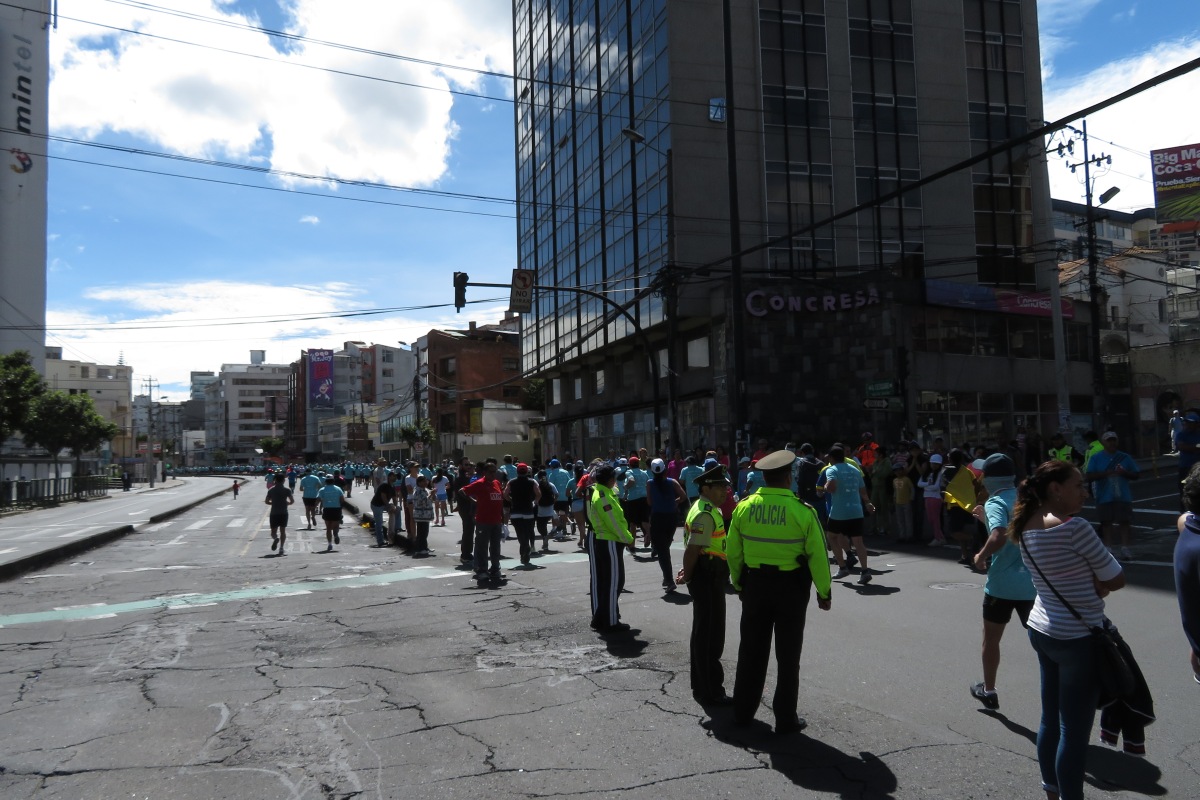 On Sunday mornings in Quito, a long stretch of road is closed to cars, and cyclists get to rule. Last Sunday we headed out in search of bikes to join in. However, we had forgotten there was a big fun run on, ending at Parque Carolina, so the usual Sunday bike trail was not available. We decided to walk on to Carolina to see what was happening anyway, and discovered that Ave Amazonas was closed and cyclists were out in force, along with roller bladers and a few walkers. We hired some rattlers ($3 p/h) after leaving a passport as insurance. The price turned out to be a bit high as M’s bike blew a tire (as well as getting  a tube puncture) about 40 minutes into our ride. A nearby bike mechanic fixed the tube (3 minutes, $1.25) but kindly pointed out that the tire itself was stuffed.  A short while later as predicted the tire popped again so we were back with our feet on the ground a little sooner than we had hoped. It was great being on a bike though and seeing so many others getting into it. And being offered bike pumps by helpful locals. Hopefully we will get to try the Quito riding experience again someday.